Having started out his early days working in Hotels Mick gained valuable experience in all aspects of Hotel and Banqueting catering. He was previously a finalist in the Knorr Student Chef of the year. He previously held the Head Chef position in Mc Gettigan’s Cookhouse and bar in Citywest and played a vital role in the design and layout of our now award winning cookhouse and bar.

He moved onto pastures new to try and gain experience in the Corporate catering sector and held senior positions in some of Irelands most prestigious Companies in this sector such as Artisan Foods and more Recently Multi award winning Fitzers catering Limited were he held the position of Head Chef in The HRI (Horse Racing Ireland) and outdoor division.

He has been at the Forefront working alongside and under an extensive culinary team to deliver high end hospitality service at some of Irelands most Prestigious Sporting calendar events such as The Irish Grand National, Irish Derby, Irish Champion Stakes.

We are delighted he has come back on Board now to take up the position of Group Executive Chef of The Address Collective and his vision to further the company’s commitment to producing high quality menus using the freshest and Seasonal Irish produce and reducing our carbon foot print by using the best of sustainable Irish ingredients . 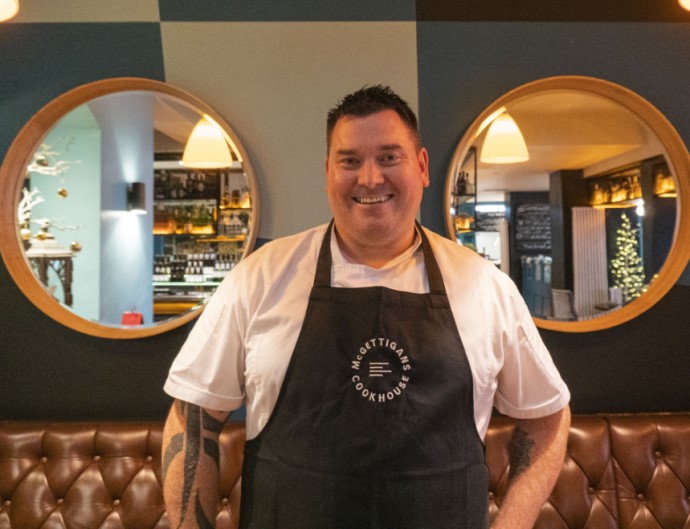